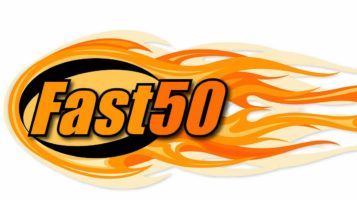 We’re excited to announce that Energy Air was included in the Orlando Business Journal’s 2018 Fast 50 list. The Fast 50 list comprises of Central Florida’s fastest growing companies, ranked by percentage of growth over three years. If you have a subscription, the entire list can be seen here.

Created in a garage 4 decades ago, this Orlando firm now rakes in $85M+ a year

Energy Air Inc. — one of Central Florida’s largest specialty contractors and one of the region’s largest privately held firms — has been designing, building and installing commercial and residential heating, ventilation and air-conditioning systems, as well as providing repairs and maintenance since 1976.

Company President Charles Kulp joined the firm in 1980 after his brother-in-law, Robert French, formed it in his garage in 1976. In the early years, Energy Air recorded about $100,000 a year in profit. The company grew, Kulp previously told OBJ, because he believed in reinvesting profits in the business. “Some companies have the idea that whatever they make in a year, they can spend and don’t think about the next year.”

Obviously, Kulp was onto something.

That earned it a spot on Orlando Business Journal’s 2018 Fast 50 list, which recognizes Central Florida’s 50 fastest-growing private companies headquartered in Orange, Seminole, Lake and Osceola counties. The firms were ranked based on their percentage of revenue growth from 2015-2017.

Here, Kulp tells a bit more about his firm:

What scares you about growing your company so fast? While we aren’t scared, we are challenged with growing and maintaining our workforce, but that comes with this successful territory.

Have you been able to hire enough qualified workers to keep up with the company’s growth, and what strategies do you use? In order to keep up with the demand for qualified labor, we actively are partnering with educational organizations throughout Central Florida. Places like Orange Technical College, OTech in Kissimmee, ACT, and iBuild Central Florida help us connect with tomorrow’s workforce so our success doesn’t have to slow down.